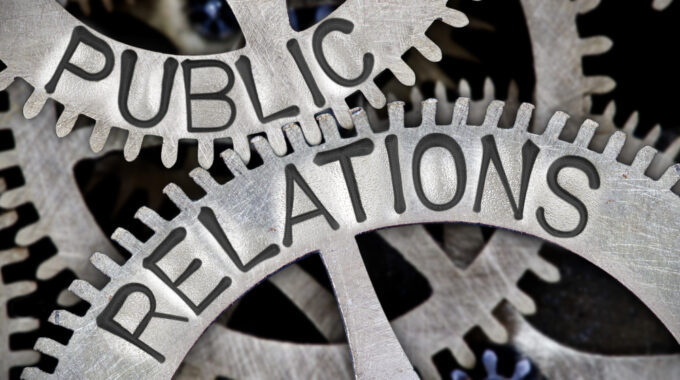 Focus Marketing + PR client EEO Legal Solutions is a small litigation boutique dedicated to advancing equal employment opportunity for ALL. FMPR has been managing the public relations campaign surrounding landmark case Brent Houchin v. Denver Health. Below is a blog written by lead attorney Merrily Archer describing why this case is so vital to all LGBT+ workers in Colorado.

“Getting in the door of the Colorado Supreme Court is remarkable by itself because it hears so few cases, less than 10%,” states Houchin’s attorney, Merrily Archer, Esq., M.S.W. of EEO Legal. “Still, the battle has just begun.”

Archer expects attorneys for the parties to spend the next several months, until mid-June 2020, drafting legal briefs on the four specific issues that the Supreme Court identified. Advocacy and local bar associations such as the LGBT Bar Association and the Plaintiff Employment Lawyers Association (PELA), which filed briefs in support of Houchin’s cross-petition for certiorari, have also pledged on-going support.

“The stakes are high,” Archer acknowledges. “This case will decide whether Colorado’s LGBT public servants enjoy the same remedies when they suffer intentional workplace discrimination as any other Colorado employee. The knowledge that employees have rights and remedies in court plays a big role in deterring intentional discrimination,” Archer says.

Although Archer represents the employee in Houchin v. Denver Health, she has also represented Colorado employers for two decades. “Most employers voluntarily comply with EEO laws because they understand the strong business case for diversity and inclusion,” Archer says. “But when an organization like Denver Health denies that Colorado antidiscrimination laws apply, it’s a prescription for discrimination and abuse, especially against its most vulnerable workers.”

The Houchin litigation began in early September 2016, when Denver Health fired Houchin, its Employee Relations Manager, after he recommended “investigative leave” following credible reports of employee drug diversion. Denver Health claimed this recommendation violated this employee’s patient privacy rights under HIPAA. Houchin insists, however, that his recommendation strictly complied not only with applicable DEA and patient privacy regulations, but also Denver Health’s own internal drug-free workplace policies, among others.

Because Denver Health has offered up a justification that conflicts with its own policy, DEA regulations, and blackletter HIPAA guidance, Houchin contends that Denver Health’s explanation is a pretext to mask intentional discrimination because of his LGBT status. After all, just weeks earlier, Denver Health had appointed a new Interim Human Resources (HR) Officer who grimaced when Houchin mentioned his husband in an introductory meeting, treated Houchin with overt disrespect, and made anti-LGBT slurs to other members of the HR Department. When Houchin filed his lawsuit in June 2017 asserting his anti-discrimination rights under the Colorado Antidiscrimination Act (CADA), which ostensibly protects Colorado’s LGBT+ workers from discrimination, Denver Health claimed that CADA stopped covering its workforce in January 2015.

“I was stunned,” Houchin said. “My job was to ensure that all Denver Health managers complied with applicable federal and state equal employment opportunity laws. I had no idea that the General Counsel, Scott Hoye, Esq., has considered Denver Health exempt from the only law protecting LGBT+ workers, CADA, since 2015.”

“We’re especially concerned about this lack of notice issue,” Archer revealed. “Denver Health’s recruiting page states that it treats LGBT+ like any other ‘protected status’ under the law. But Denver Health takes the exact opposition position in court, where it counts.”

Archer hopes that after the parties and advocacy organizations submit their last brief in June 2020, the Colorado Supreme Court will set the case for oral argument and then publish its opinion shortly thereafter.

Overcoming Uncertainty with These Communication Essentials

Thorough communication is always key to successful partnerships. And in uncertain times, such as these,…

A Match Made in Strategy: Marketing & Public Relations

Marketing with a side of public relations. It’s the ideal pairing to rise above the branding noise as…

If you’re going to do it, do it correctly. At least that’s our philosophy when…

Follow Us
Sign up to Receive Updates
Recent Posts
© Focus Marketing& PR. - 2020. All rights reserved.
Back To Top